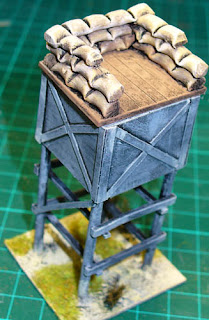 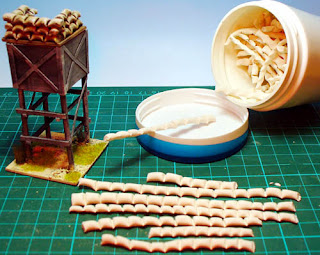 When making the 10mm scale hay stacks I had opened a pack of air drying clay I bought about 6 months ago, to keep the clay fresh I rapped it in cling film and put it into an air tight chines take out box, but the was quite a bit left over, so rather than let it go off and harden. On the spur of the moment I decided to have a go at some sand bags.
The water tower from my 15mm scale flying boat station was designed to have a sand bag bunker on the top. I rolled the clay out into sausages to the right size and then started to cut them up with a scalpel. It then struck me that rather than cutting right throw the clay, all I need to do was put the blade three quarters of the way through. Creating long lines of sand bags still attached to each other. Ready to use in future.
Posted by airhead at 10:13 3 comments: 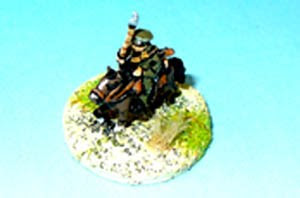 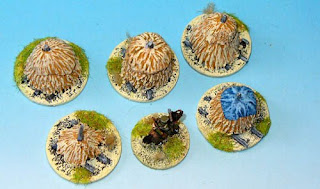 The finished hay stacks, with the first completed member of my 1914 BEF forces, on his trusty stead. These were made with air drying clay, I found working the clay quite easy, looking at the finished hay stacks the modeling of the straw could have been finer, perhaps should have used an old scalpel blade rather than a cut down match stick. Generally quite please with how they turned out. Added a lead foil cover to one, to give a covered with a tarpaulin effect. 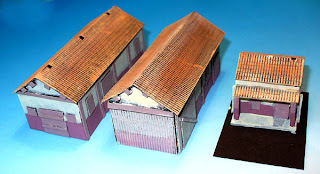 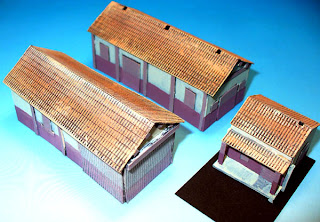 The buildings for inside the Roman fort, made from heavy card, with the roofs made with ribbed card, which I then ran the back of a scalpel across to create the tile effect. No real in depth research do on the buildings other than having a look on the web. The basic painting is done, just need to detail some areas. I'll base the buildings on a lift out base to go in the fort. Still need to build the walled garden for the Tribunes villa.
Posted by airhead at 09:47 2 comments: 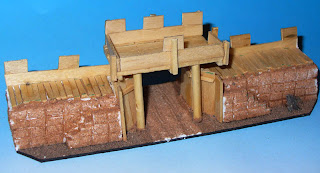 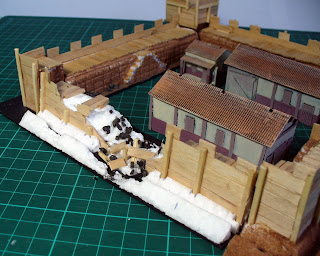 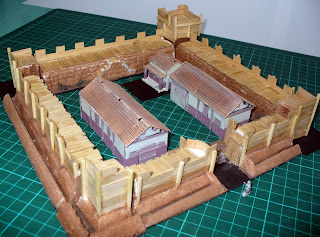 Two pictures of the fort, the top one showing the breached wall section in position, showing the polystyrene and small stones used to create the breach. The three buildings are shown with the basic paint work done. In the foreground is the barracks block with the stables and workshop building behind it. At the top is the legats villa, still needs the wall around the villa. I think all three buildings will be mounted onto a single lift out base board which will sit within the fort. 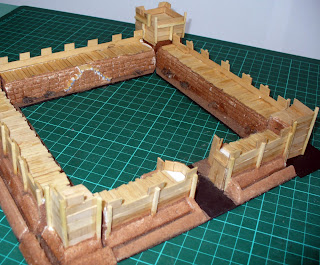 The 4 wall sections in position as the fort with the addition of the new towers, one much bigger than the other three to act as an artillery support platform. The tower on the front right still needs to have its ditch adding. I'm still working on the construction of the gate area. I found Secundus's blog Iron Mitten a great help. Full of lots of Roman inspiration, and some great fortifications.