A couple of M4’s for my WW2 US in Italy forces, great value for only £8.40p for two tanks. Picked up from WMMS Show a couple of years ago, also got two stugs in the stash to be brought into service over the next few months. Pleased with how these turned out, with the addition of some Early War Miniatures stowage items they really come to life. 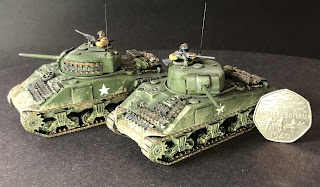 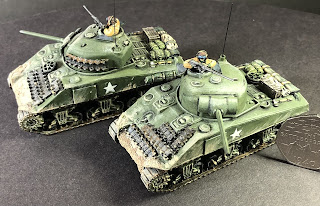 Hope you all had a passable Christmas and here is to a much better 2021.
Stay safe, all the best Airhead

Within my South European/Mediterranean skirmish terrain I wanted to have one building with a more aristocratic feel, without going the full stately home/palace vibe, with the resulting very large building footprint. So I thought a hunting lodge small summer house would fit the bill. I also added a small walled garden. Lots of the painting from the Franco Prussian war featured estate type walls, and as they make ideal cover for skirmish games it seemed an ideal opportunity to build something similar. 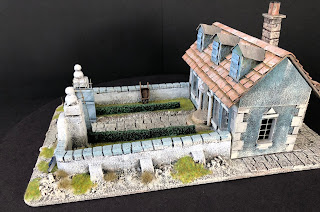 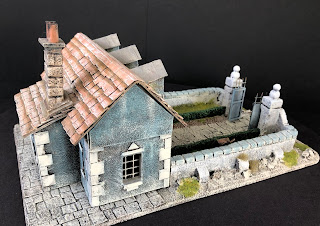 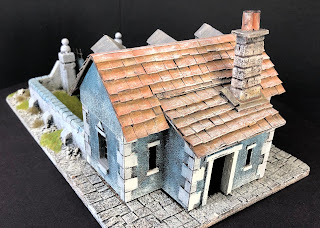 The hunting lodge was built with foam board for the walls rendered with PVA and sharp sand. Roof tiles from scrap cardboard and the paved driveway from egg carton cardboard. The low wall and gateway are made from expanded polystyrene with PVA and sand added to give it texture and make it more robust. The top of the gate posts are finished off with some beads again textured with the ubiquitous PVA and sand for texture. The gates are made from cardboard with metal mesh used to top them off. The same metal mesh is used for the windows. The hedges are made from green pan scrubber. The heraldic crest over the door was a plastic button which I cut down to a square shape to fit over the door. The only outstanding bits to finish this off are the doors, I’m looking to create something imposing for the front door. 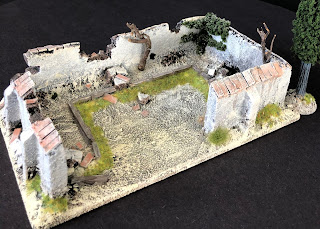 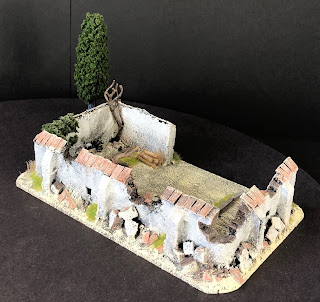 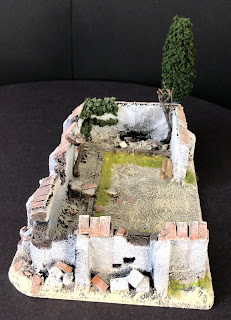 The walled kitchen garden is designed to sit at the back of the hunting lodge or to be a stand alone item. That’s all for the moment, wishing all who pass this way a great Christmas and a much improved 2021. Stay safe TTFN Airhead.

Every village needs a church, I based mine very loosely around the cemetery of St Privat by Alphonse Marie de Neuville as featured in his painting of the Battle of Gravelotte during the Franco Prussian war. The gate and the wall being the main features I copied from the painting. The church itself is all from my imagination. I was looking to create something with a rustic rural look, nothing to imposing.

I gave the roof of the church some battle damage and also made lots of strike marks on the walls and around the gate. Nothing that looks to much like WW2 combat damage, so no long lines of impact marks from machine gun fire. Making to terrain believable for earlier conflicts. 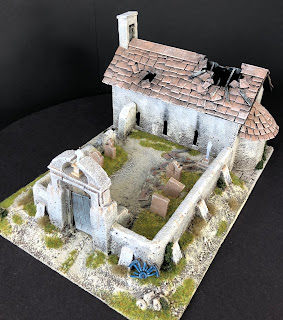 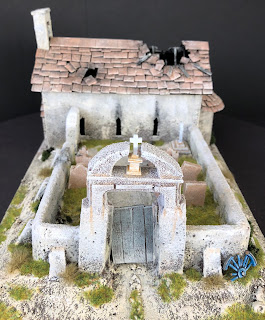 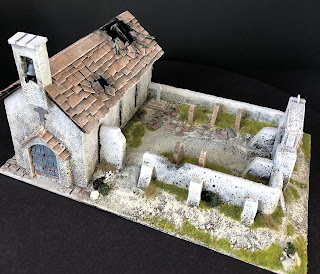 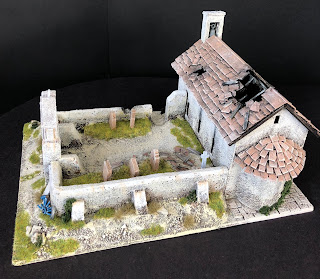 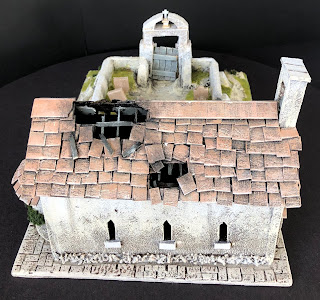 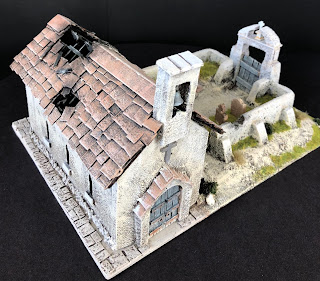 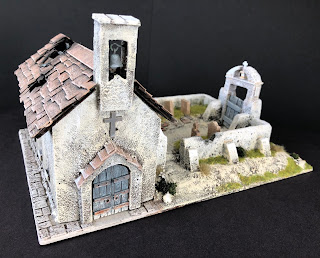 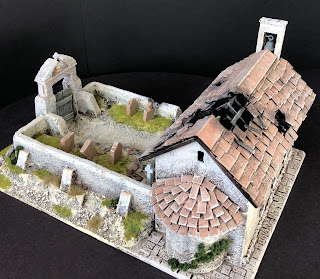 Below is the painting I’ve based some elements of my church and churchyard on. 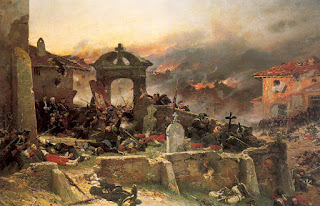 That’s all for now, more village to come. Stay safe all the best Airhead

Some very old troop who have benefited from my enforced confinement over the last year. Purchased in the late 1990’s they and their Persian enemies are for using in small skirmish games. The shields are all painted free hand. 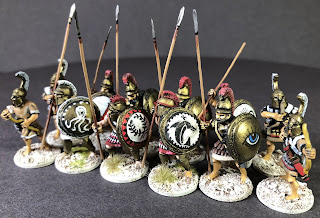 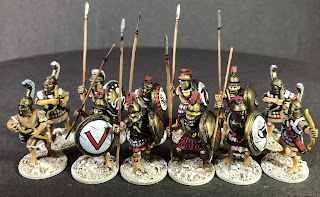 The Persians are supported by four Nubian archers, who last appeared in the blog in April 2009, in a supporting role to a post about my desert houses. So it’s only taken them 11 years to get back in. I have always loved the black and white illustration of them in my Greeks & Romans at war book which includes  Herodotus’s description of half chalk and half vermilion daubed Ethiopian archers.

Another blast from the past is my Achaemenid staging post in the background of this photo below. The staging posts were distributed along the Persian royal roads all over their empire. The look I was going for was slightly rundown in an obscure part of the empire, In the land of bones. So it can be fought over by all the passing empires over the centuries. 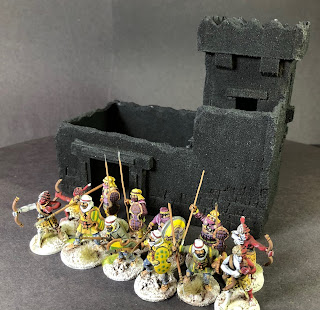 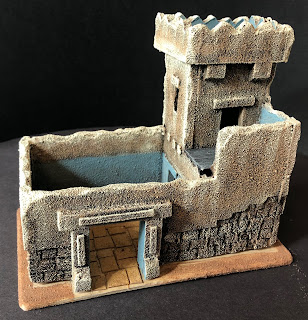 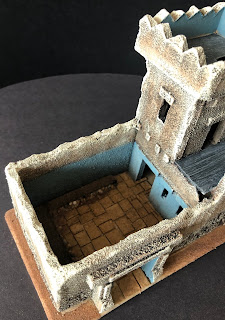 This last picture shows the base of the building painted with its egg box tiles in the correct colours, the two pictures above just have the building resting on the base. Still some more tweaks to do before being finished. The egg box thing is great for making large areas of paving, also used on my Middle Ages village buildings, more to come on that. 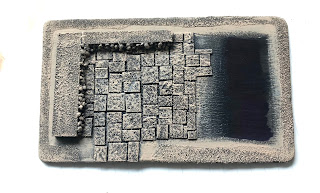 That’s all for now, stay safe, all the best Airhead.
Posted by airhead at 19:45 1 comment: