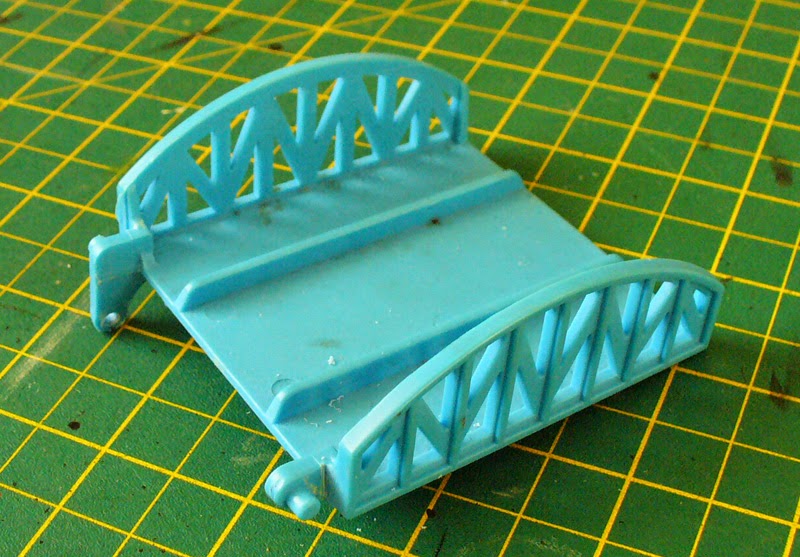 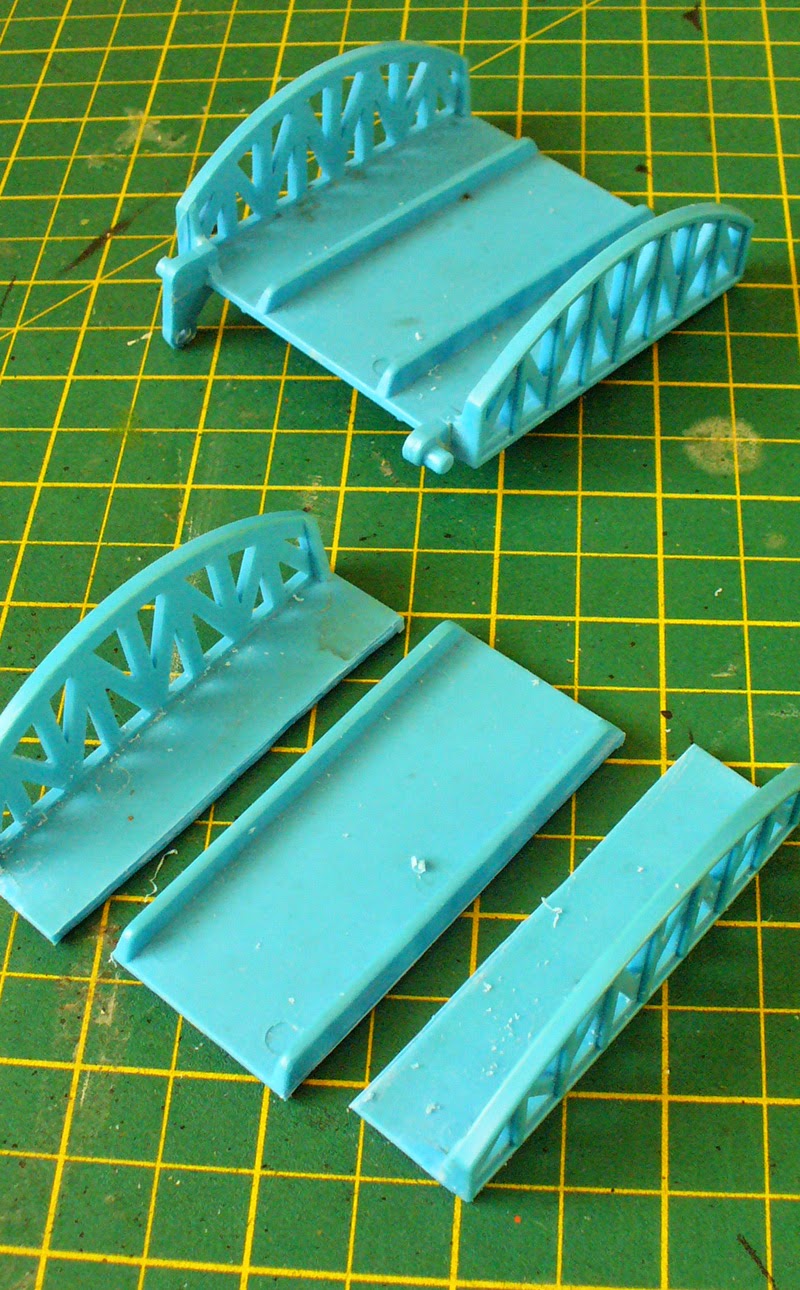 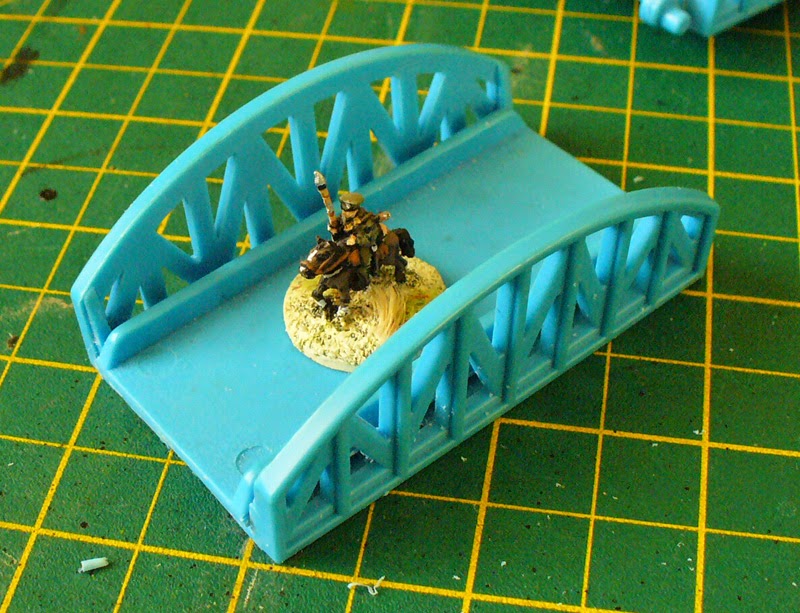 Always on the lookout for useful items which I can utilize for my terrain projects. I spotted two garish blue plastic bridges on a child's railway set which we where throwing out. They reminded me of pictures I had seen of bridges from the low countries in WW1 & WW2 and the size looked close to 10mm scale which I'm using for my early WW1 forces and WW2 blitz period forces.

The bridge was much to wide, so I cut out the central section and re-glued the left & right parts back under the central section. I also removed the molded on hinges. The bottom picture shows a WW1 British trooper in 10mm scale to show the size.

Airhead
Posted by airhead at 21:29 No comments:

We have lift off 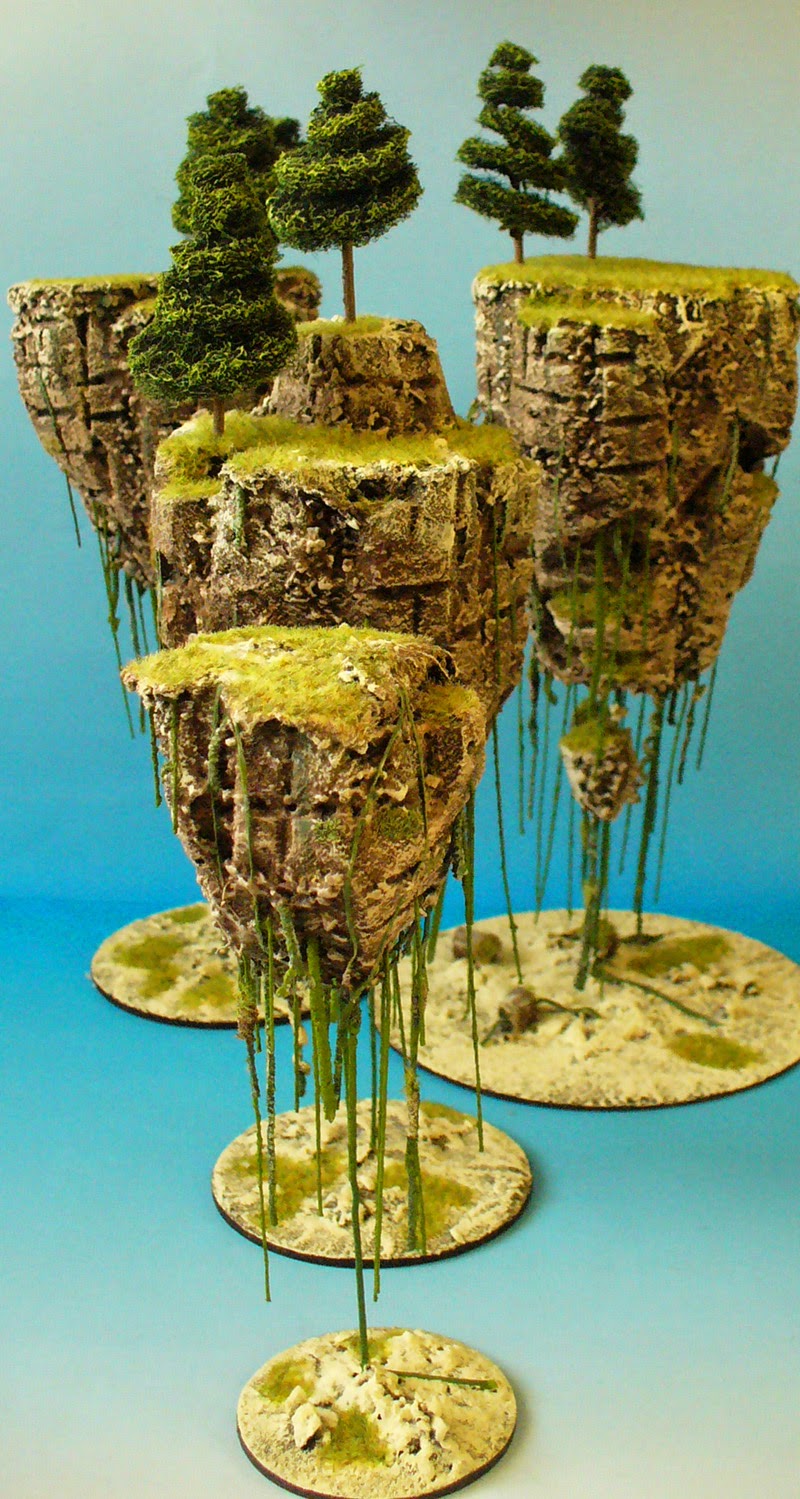 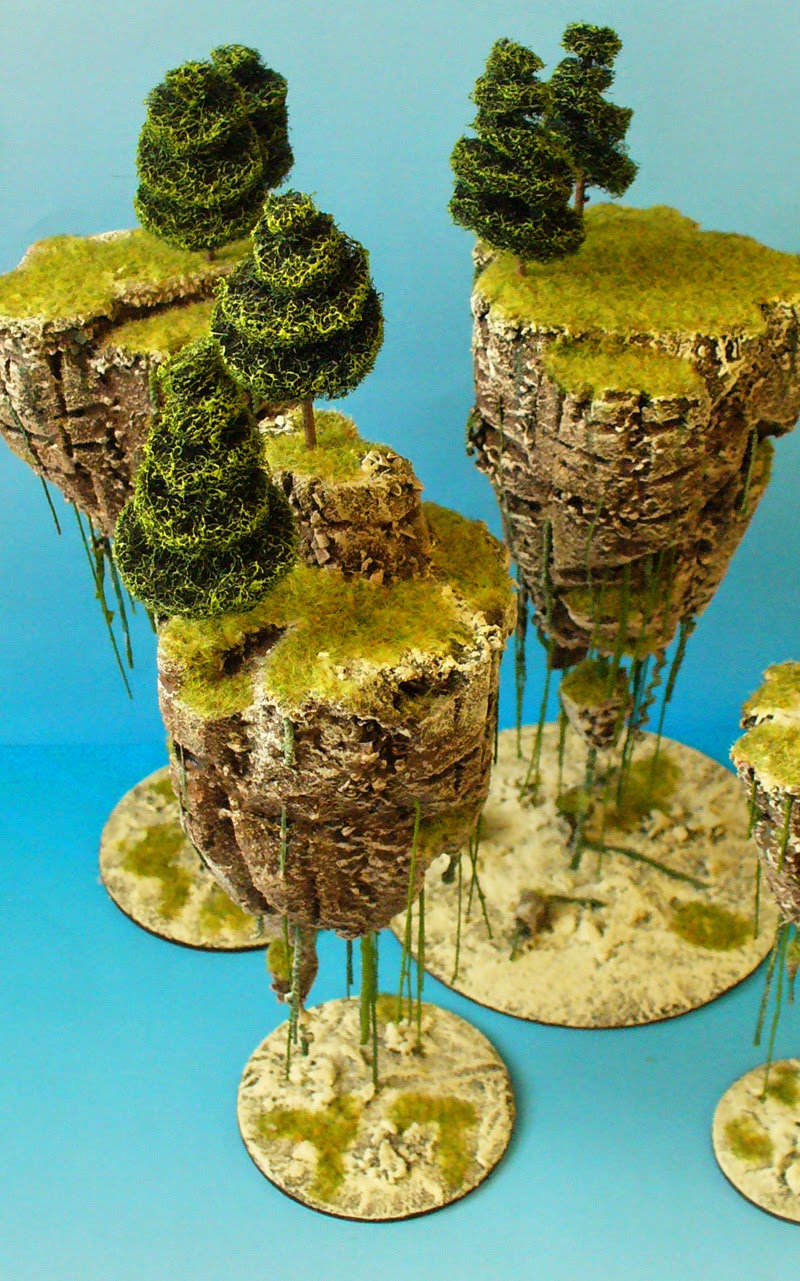 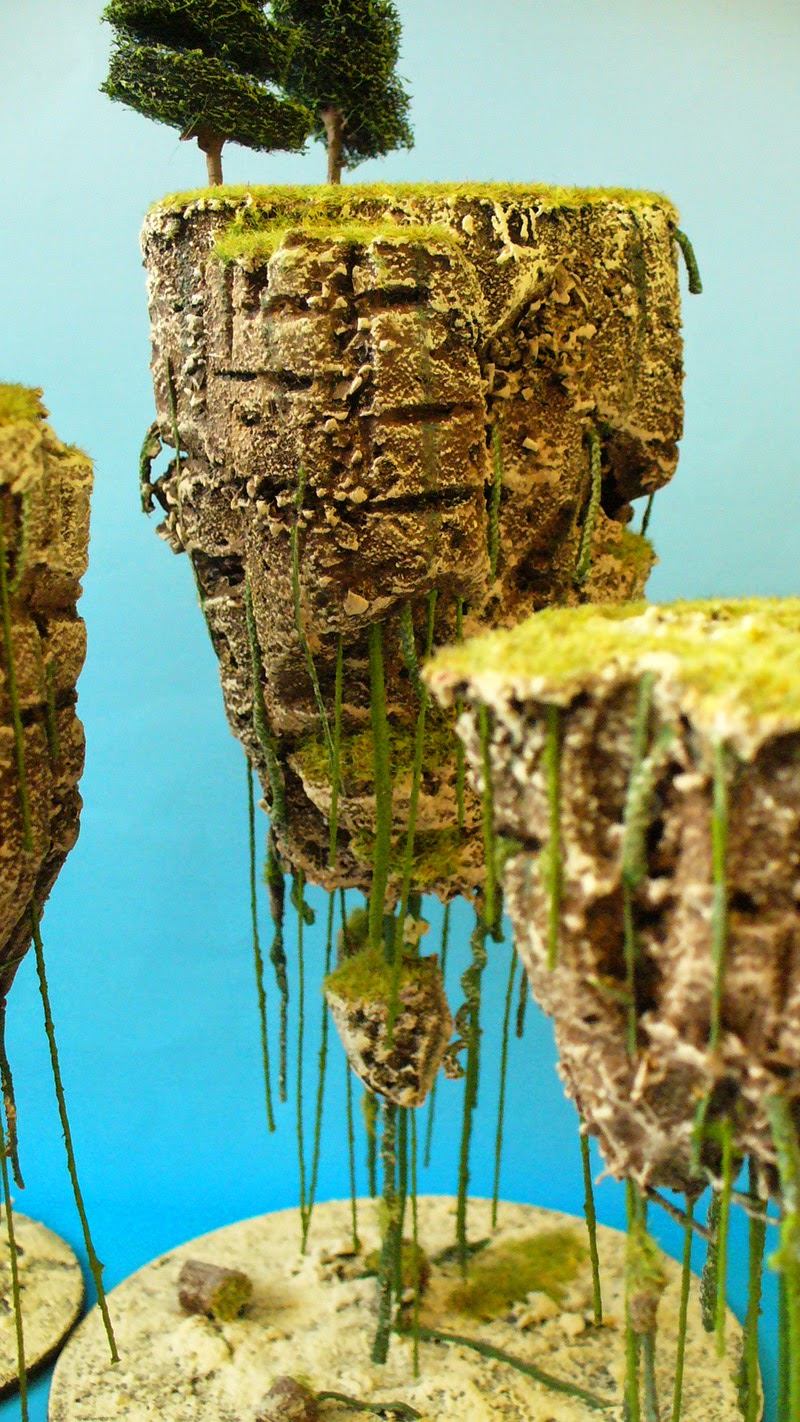 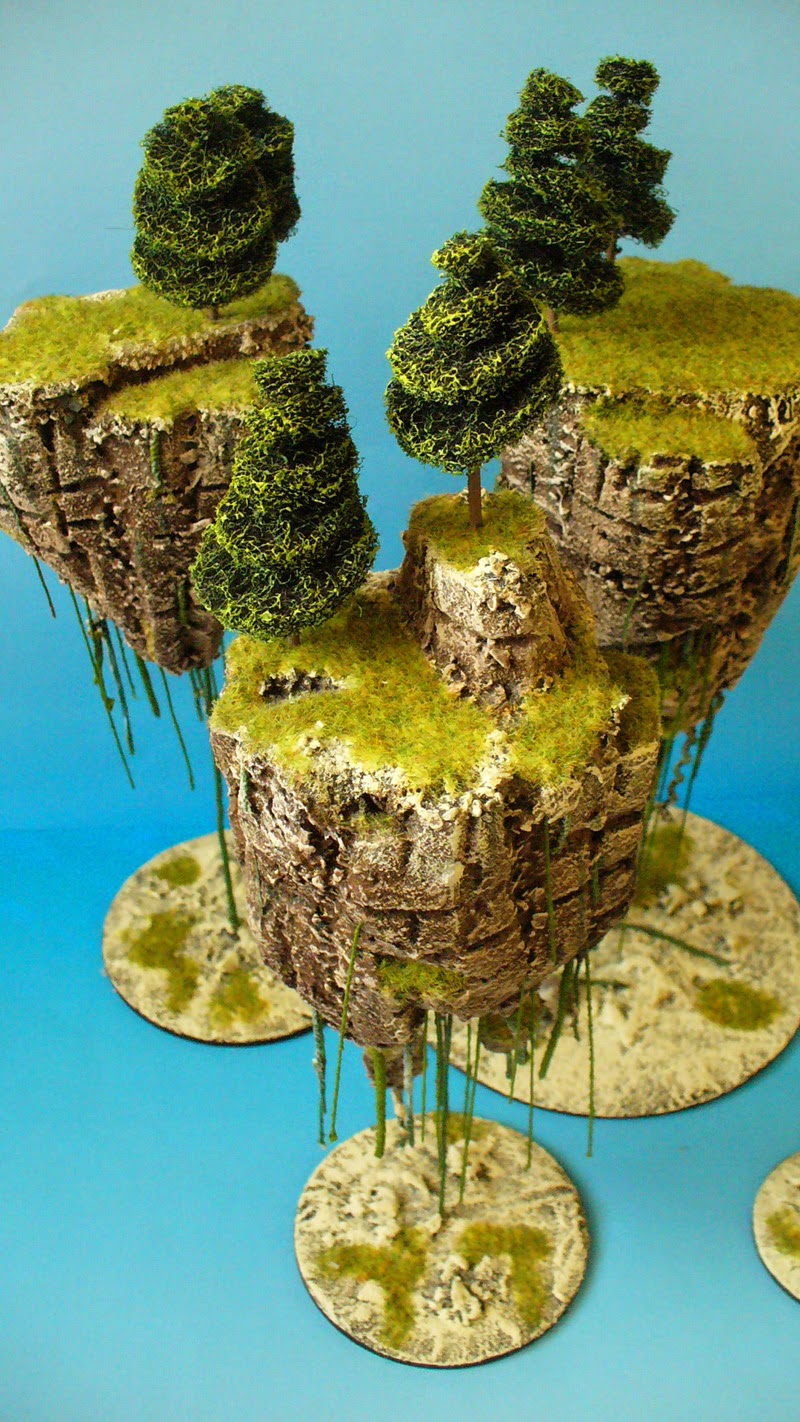 Some pictures of my finished SF terrain for use with my Pendraken 10mm SF forces. I might even get my act together and try and enter their up coming painting competition, with some of my forces I'm also looking for some poundland plastic joke bugs which i saw a while ago and thought would make some good opponents for them.

I'm thinking of building some kind of base/HQ as an objective. Perhaps based on a floating island. More at the weekend with a bit of luck.