We have lift off 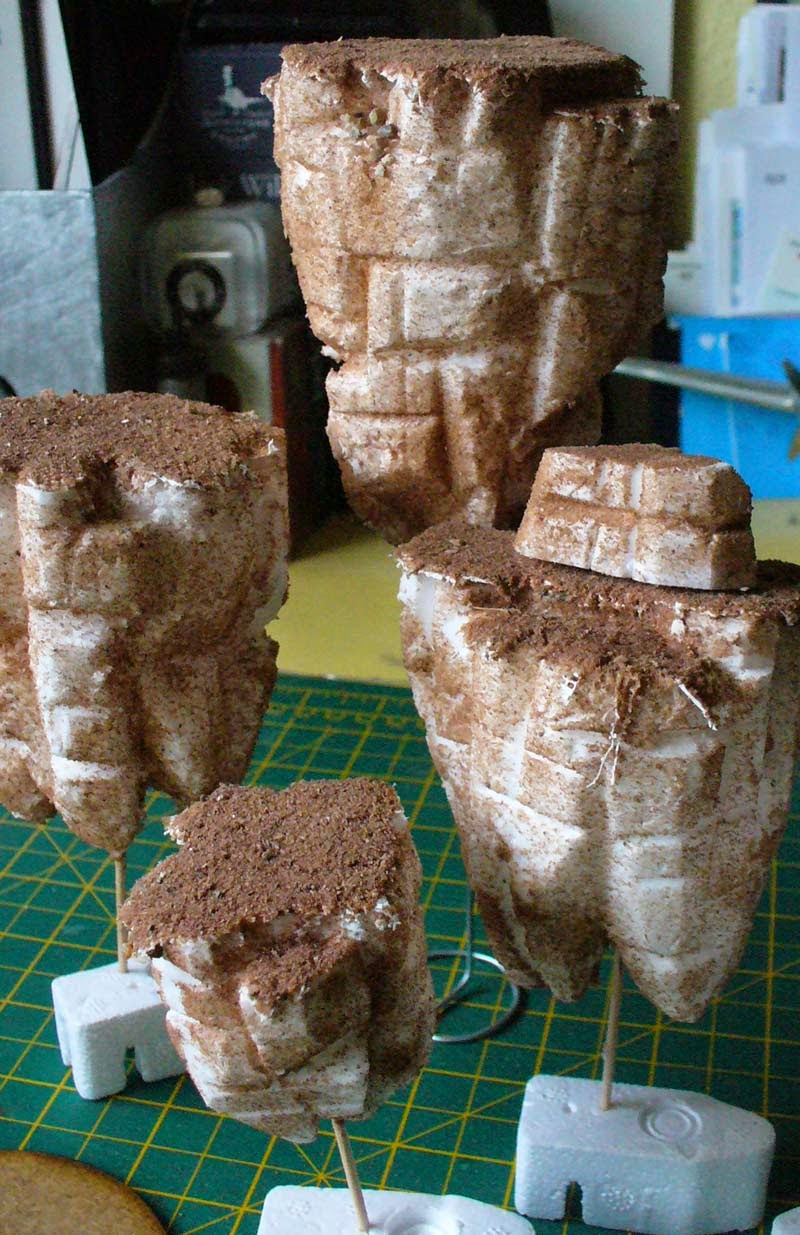 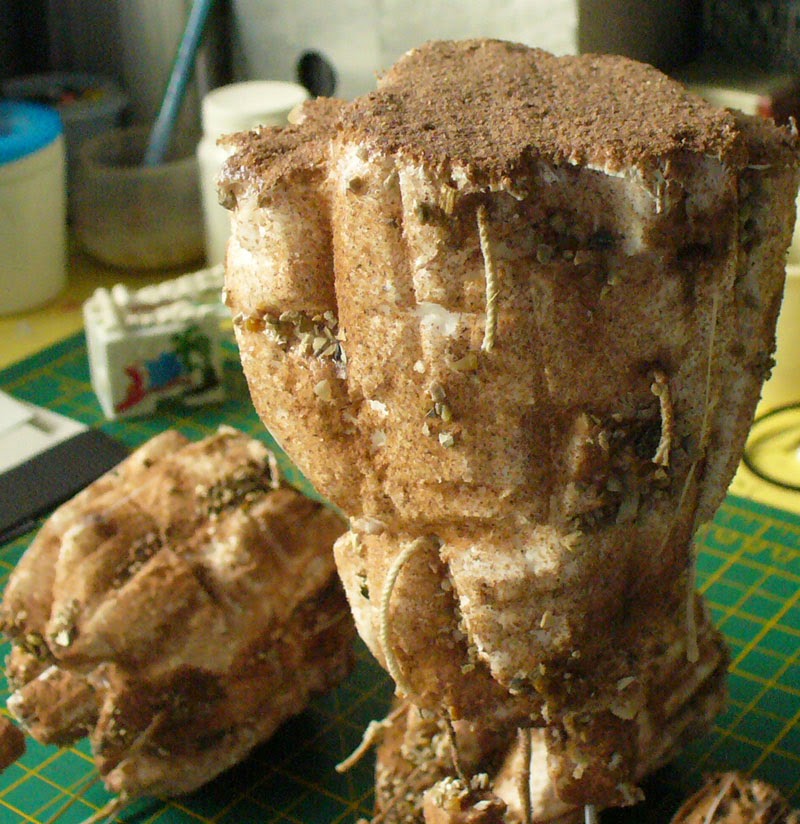 Two pictures showing the islands with most of their Sand and grit applied, the bottom image shows some of the string I used for creepers. The top of each island was covered in Mod Rock to give the look of over hanging turf with the rock eroded from underneath it. If you have never come across ModRock you should check it out for terrain modeling. Its basically gauze bandage impregnated with plaster of paris, great for creating soft contours. The top picture shows the islands drying out. 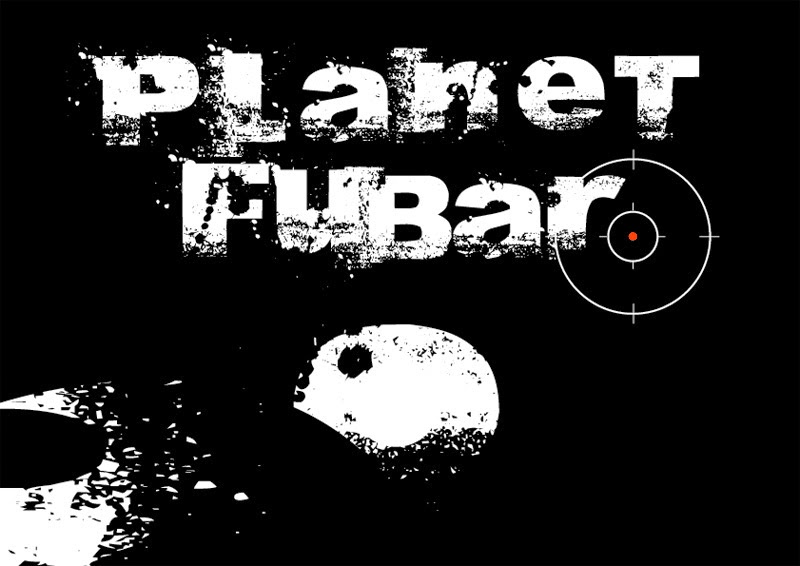 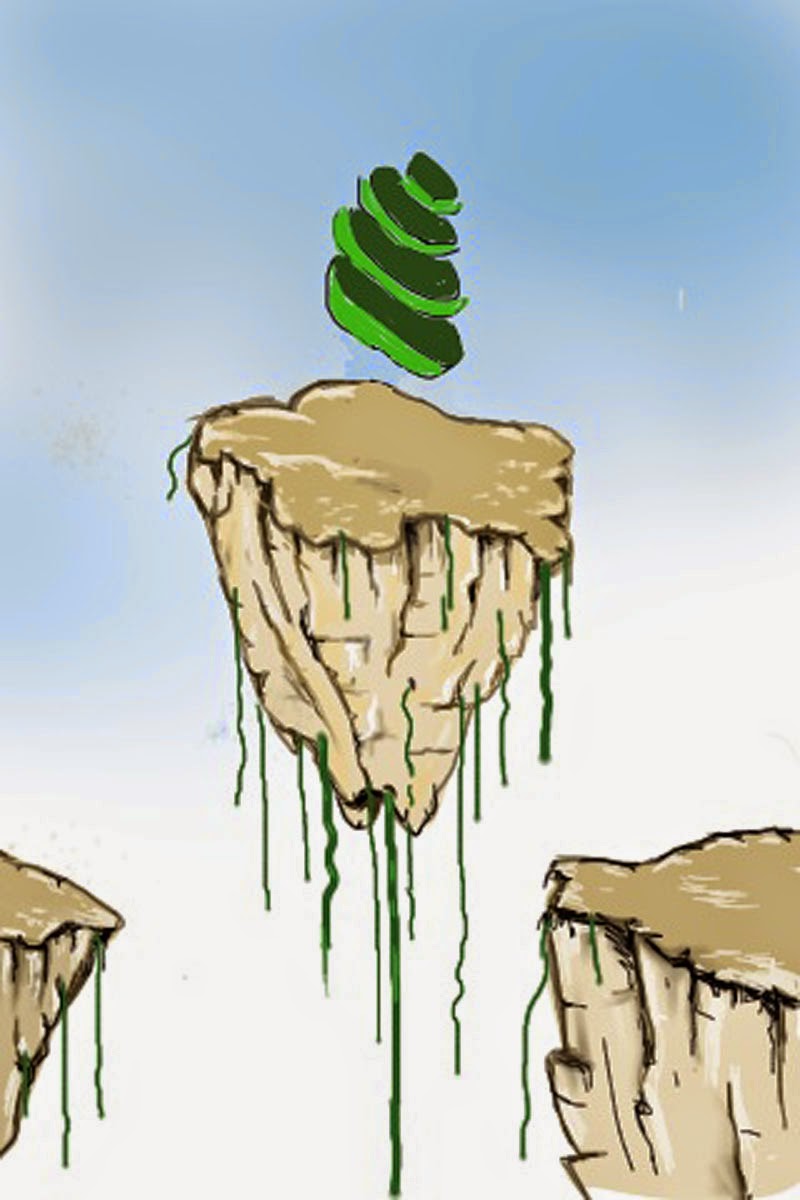 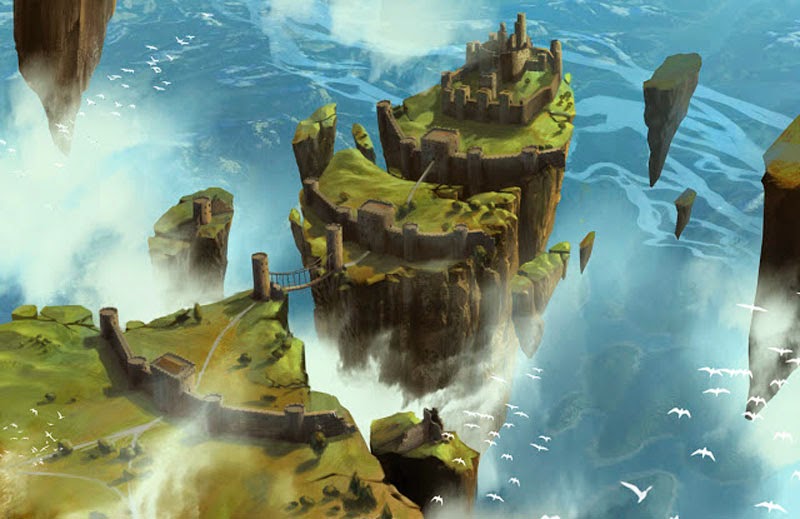 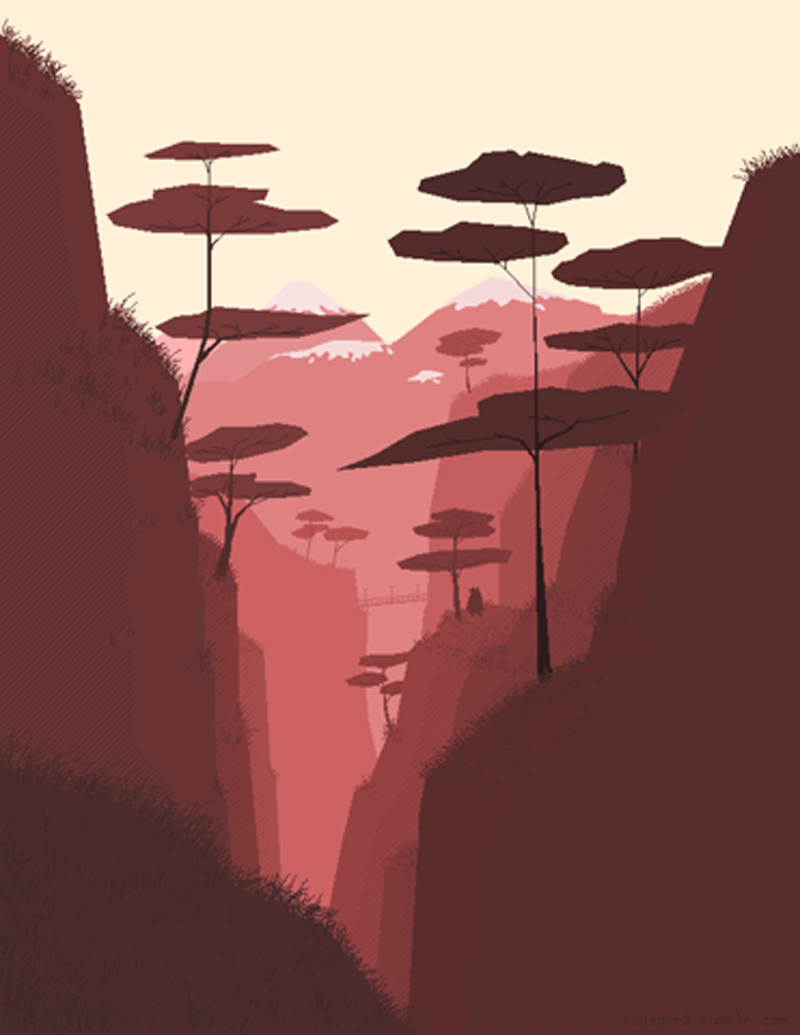 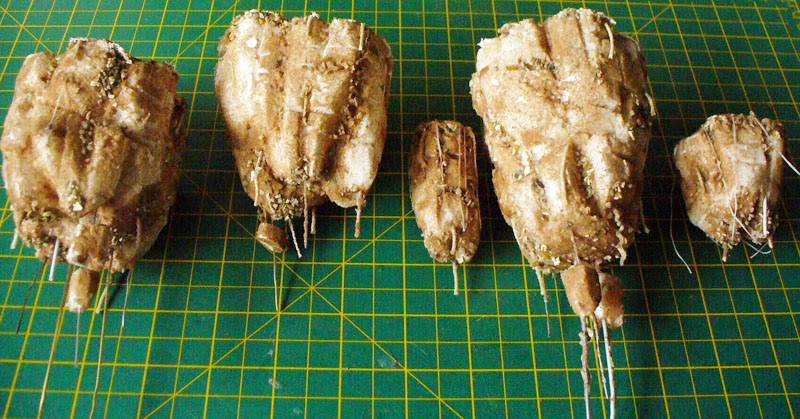 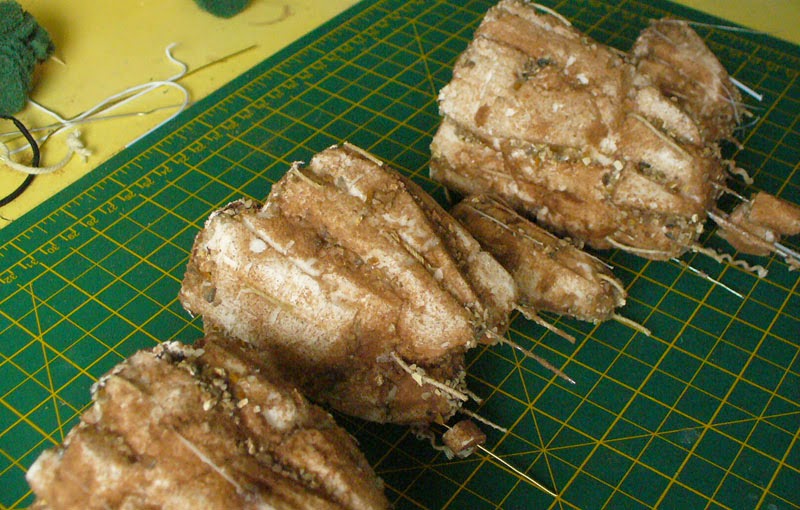 I started out with some small sketches, shown in the last post and a drawing on my iPhone to give me a good starting point to aim for. These floating Islands are of course based around the terrain from Avitar, the film with the big blue dude's in. I was looking to create something which could be fought over and also fits stylistically with my pre existing earthbound terrain. So didn't want to have islands covered in heavy jungle type terrain like in the film. I also had a look through my reference files and found some illustrations which had some elements in which I thought would give the terrain an other worldly vibe.

The bottom two pictures show the islands in there early stages of production when they had been carved out of polystyrene and covered in PVA glue and had sand and small stones glued all over them. They have also started to have the hanging vines inserted into them and stuck with the hot glue gun, most of the vines were made from different types of paper clips but some were made from string which was stiffened with supper glue before being glued to the bases of the island.

Back in the saddle 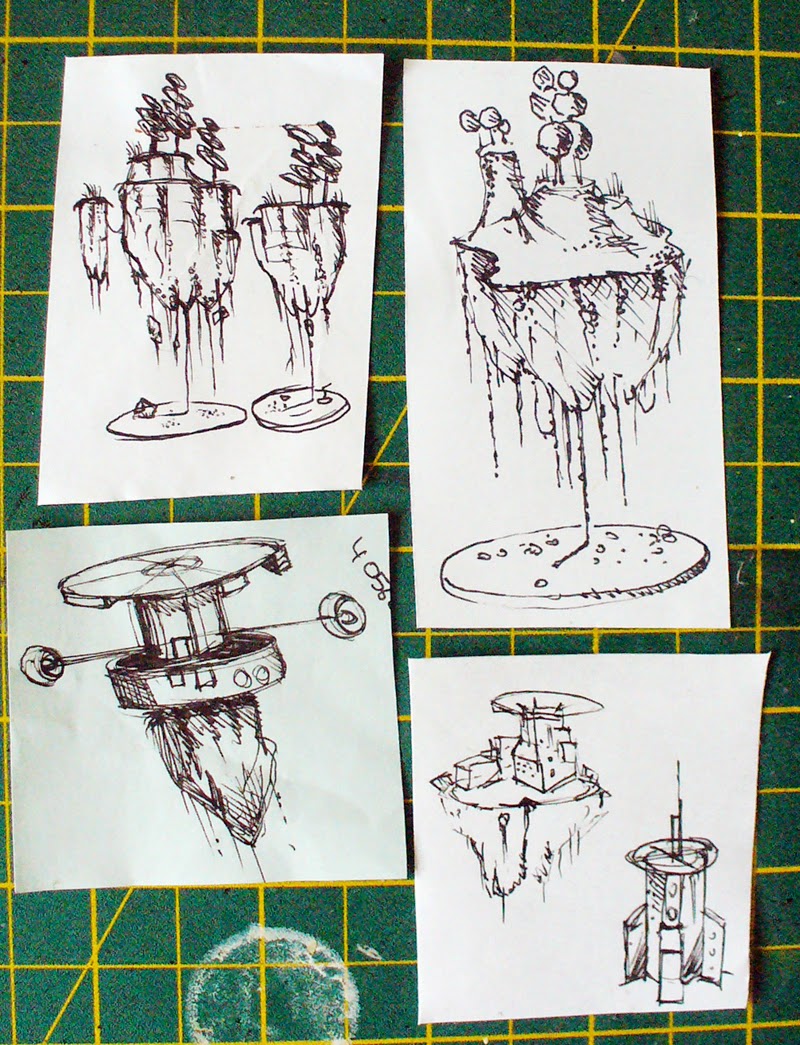 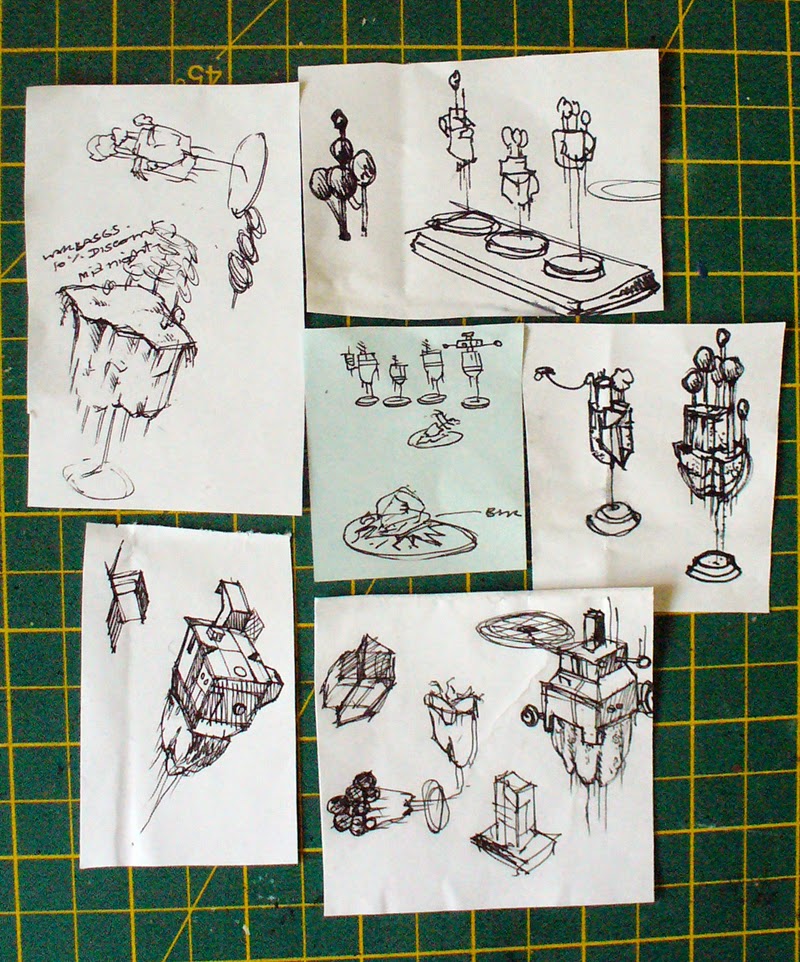 So I'm back in the saddle after my prolonged absence. Just over 12 months since I last posted, apart from my resent WW1 post of my grandfathers photo. Nothing hobby wise has taken place over the last year, other than some magazine buying and blog watching when time permitted. A big thanks to all the wargaming blogger out there who helped to keep me entertained and informed over what has been a very hard 12 months. But as those Python chaps would say "always look on the bright side"

So onwards and upwards. I have some projects that were part completed when thing's ground to a holt last September, including my Vietnam SF fire base in 15mm, 10mm Early WW1 and the 2mm scale battle in a box project and also a couple of project that I had yet to mention on the Blog.

The two pictures above are of some working sketches I've done for my first none historical terrain, in-fact you could call it off world terrain. I came across the FUBAR S/F rules on the web, and wanted to create some terrain to use them with. I purchased some Pendraken 10mm SF troops and vehical to use. I was looking to create some free standing terrain pieces which I could use alongside my standard earth bound terrain but to create a very alien off world feeling to fight over.

So the project is Planet FUBAR, more to follow soon.