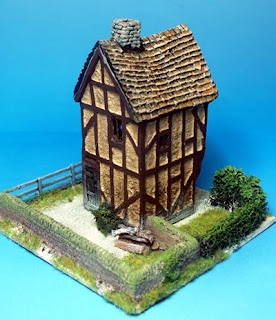 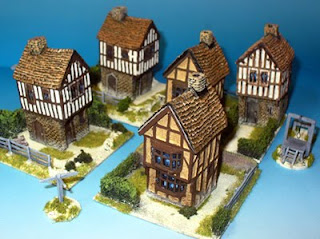 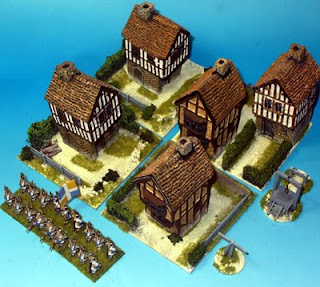 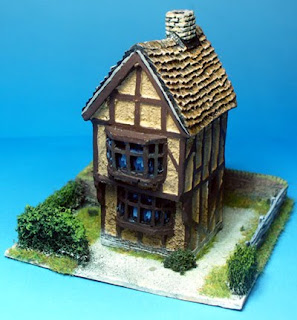 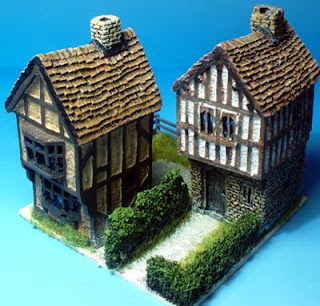 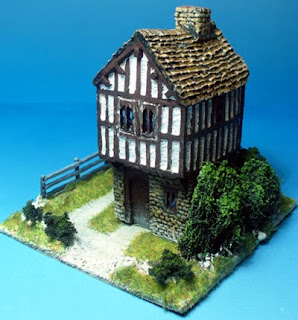 Some pictures of the finished building from my 15/10mm scale village with their base boards attached, they worked out quite well, a couple of pictures showing the buildings together along with one of my French infantry battalions from my War of the Spanish succession forces, to give an idea of the actual size of the buildings.
Posted by airhead at 21:10 5 comments: 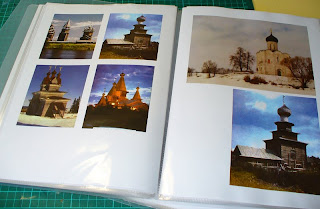 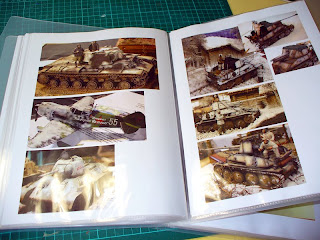 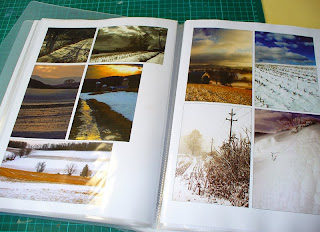 Despite the last few weeks of snow and ice in the UK, its not an overly familiar type of weather in the UK so I thought it best to do some research and gather some reference to work from. The are still lots of decisions I have to make about the exact type of terrain its going to be. My initial idea is that the terrain will not be white out 6' of snow all over but a time when snow has fallen and is still around in large quantity's but the are areas of clear ground, where the wind has blown the snow away. Most of the landscape picture are from photography blogs. The vehicle reference came mainly from this modeling site the are some really great models in the gallery giving bags of inspiration. I just down loaded the pictures and printed them out and put them into clear plastic pocket folders.
Posted by airhead at 17:11 No comments: 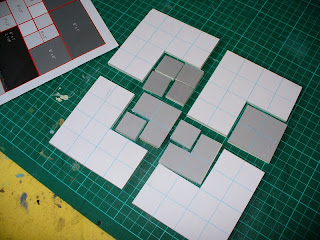 The idea for my blitz freeze terrain and force has been brewing for the past 12 months, the basic idea is to create a 2' square terrain based around a Russian village in the winter of 1941-42. The terrain will be able to be configured in a wide number of permutations and the will have inter changeable section for replacing buildings with shell damaged and destroyed buildings. The picture above shows a scaled down version of the terrain, each of the light blue squares on the white L shaped sections are 3" square in the full version. The idea of this scaled down version is that I'll use it to plan out the terrain and build it up with modelling clay before creating the final thing.
Posted by airhead at 16:50 No comments: 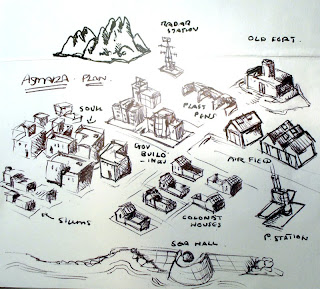 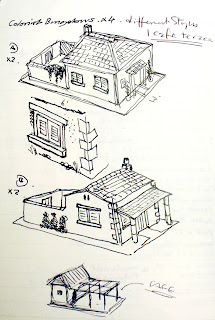 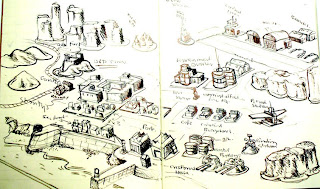 I've been planning for next years big project for a while know, based around an Italian colonial town some where in North / East Africa for my 15mm British Italian WW2 forces to fight over. Some of the items on the map have already been produced, the oil storage tank's and the flying boat station and the coast whatch tower will be used in this set up. The hills have also been made.
The Elements that go to make up the town will as much as possible be Generic, so I can use them in other locations and times. For example the bungalows will be used in Vietnam as French colonial buildings.
It all started from a picture of an Italian Futurist petrol station in Asmara, as featured in the Telegraph magazine, strange how these things start out. It looked like something out of flash Gordon. I thought I've just got to build that, and the next thing you know I've drawn out the entire town, including modernist 1930's government buildings.
Well that's the plan, and you know what they say about the best laid plans!
More plans and drawings to follow. 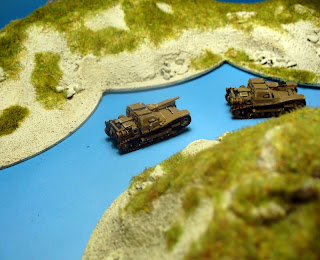 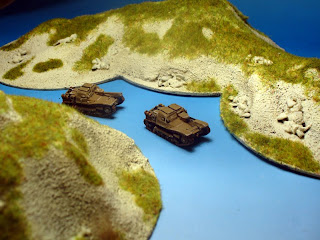 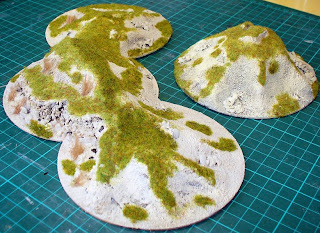 The soft hills are finished with flock added, shown here with some Italian Peter Pig CV35 Tanks in 15mm scale, to give an idea of size. In the bottom picture you can see the cliff section on the bigger base. This type of soft hills would work well with two interlocking sets of hills with matching cliffs, to create a vale, with steep walls. These hills will work equally well with 28mm scale figures for skirmish games. 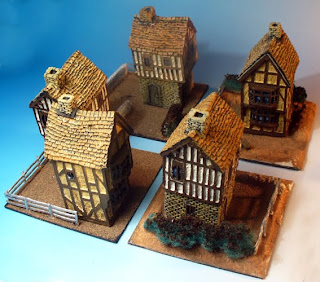 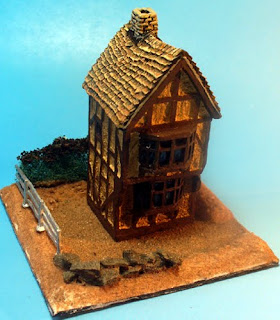 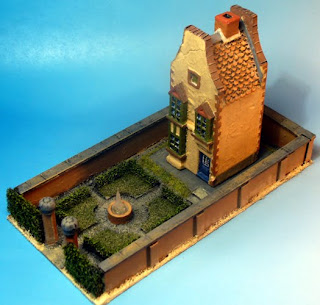 Some progress on the village, with most of the bases completed, just needing painting up. The middle picture shows the tea leaves PVD'd onto the pan scourer hedges. For the less manicured rural hedges I pulled clumps out of the scourers and glued (PVA) additional bits onto the front and back of the scouring pad to give a more uneven wild look to the hedge. The bottom picture shows the Big house in its formal garden, with most of the painting done, just some details work to do.