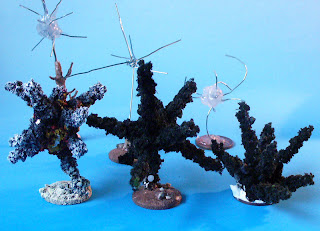 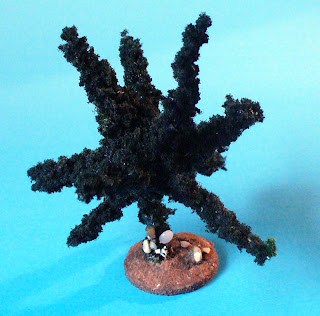 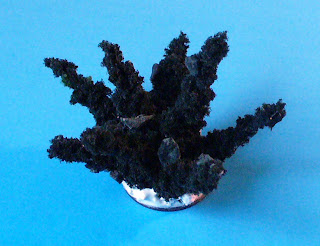 I used UHU glue to stick the foliage clumps to the wire, and once dry I went over it with super glue to make it hard. I broke the foliage clumps down into smaller bits to make it go farther. The bottom picture shows an air burst that landed on the ground! things don't always go to plan. That was also the thinking behind the air burst which has the bent arms, making it look like it went of but not as intended. Nothing based on fact, all just made up in my head.

Next stage is onto the painting stage. The left hand marker in the top picture is my first attempt, TTFN, Airhead.
Posted by airhead at 22:24 7 comments: 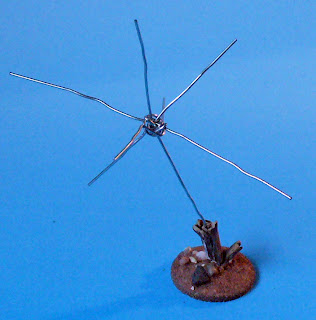 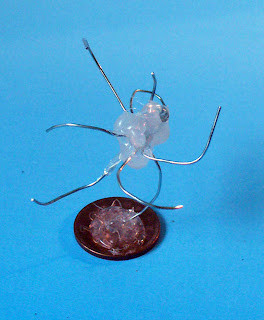 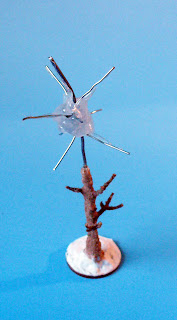 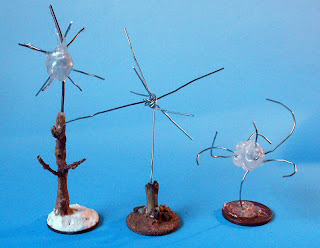 Right next project up, so to speak. Some air burst explosion markers. The is nothing quite like blowing stuff up and just making the noises is not enough for me, I have to have some form of visual marker. So rather than starting with the more conventional ground based explosion markers, I decided to have a go at making some air burst shell markers.

I started by sketching out some ideas, when doing this type of project I always find it helps if I think about how a stop motion animator would visuals them. The idea was to have a range of sizes from the initial small size to bigger more spiky examples. I wanted to produce six unique air burst markers. rather than six identical models. The main component of the bursts was made from paper clips, hot glued onto 2p coins. Each air burst had 8 - 10 arms of wire, one of which was attached directly to the 2p coin, or alternatively onto a terrain feature such as a tree or tree stump, to give the explosion that extra bit of height from the ground.

The trunk of the tree is one of the wire arms of the explosion, rapped in masking tape, with small grape stem branches added. The tree stump is a small twig from the estate, with a hole drilled down the centre and wire pushed into it.

The next stage will be to start to cover the wire frames with clump foliage. TTFN back with more soon.