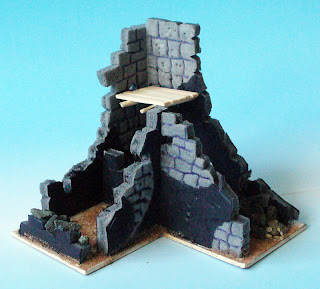 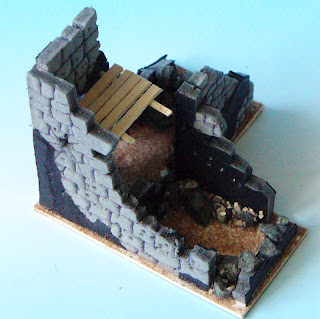 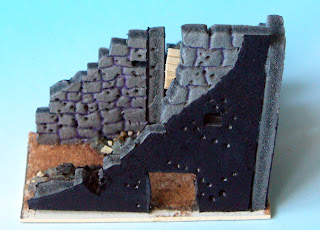 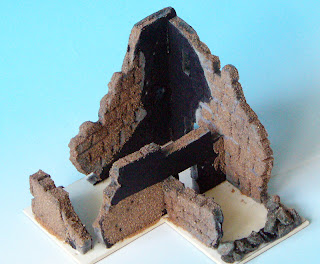 With production going full swing on the 5 town houses for down town Asmara, while waiting for the full houses to dry after getting their undercoat of matt black. I have moved onto producing some destroyed versions, basing them on the same "L" shaped base. I used some off cuts of 5mm foam core board to build the remaining walls, stripping some of the card covering off to expose the foam core and then using a ball point pen to scribe the outlines of the bricks. The exposed bricks then had a coat of PVA applied and the had a light sprinkling of sand applied to give them some texture.

The next stage will be adding in more rubble and general rubbish. The one think that dose strike me about a lot of the damaged building models you see out there, no matter how good they look, is the striking lack of rubble. It always looks to me like someone has been around and cleared up after the artillery strike or bombing raid. So the next stage will be producing some rubble for these two houses.

After finishing these two I'm going to move onto producing some really destroyed buildings, and I'm talking bombed flat. 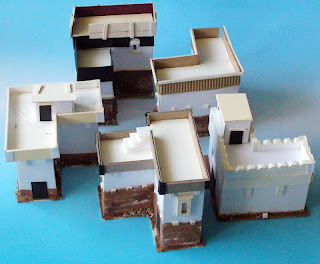 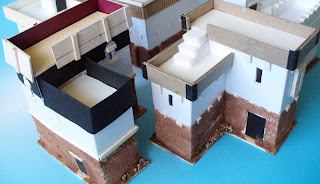 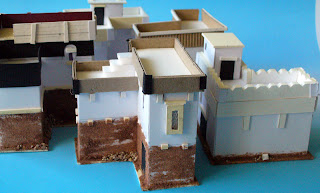 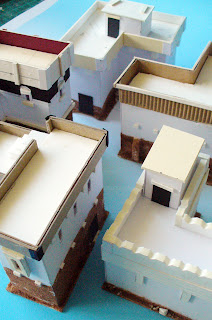 I've made good progress over the last week with my buildings for down town Asmara, the capital of my version of 1930's Italian Eritrea. I have finished of the tops of all the houses with roof details. I have also beefed up the PVA and sand on the lower parts of the outside walls. Details such as windows with grills over them and general touching up has taken place. The next stage will be to under coat them in matt black paint, and decide on how I'm going to paint them, currently I'm thinking along the lines of having a restricted pallet of colors based around the other buildings I have already built, which mainly involves the use of Greens and Blues.

The next stage in the development of the town will to be the construction of the slum end of town, with lots of small huts and shanties. I'm also thinking about creating some battle damaged versions of the town houses above. 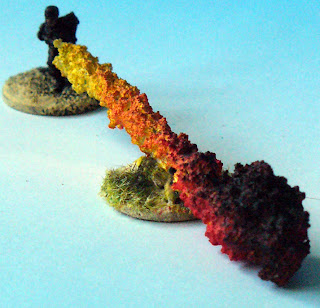 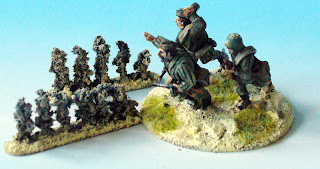 Right, I'm off to the finish painting fritz. TTFN.

Small wood on a hill finished 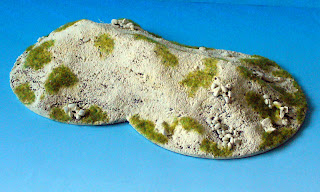 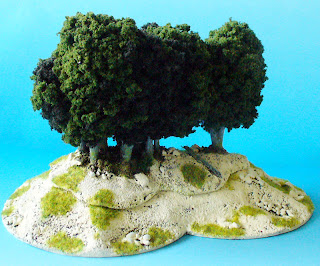 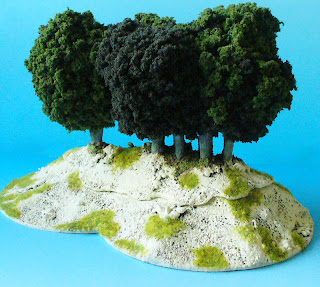 I finally finished my small wood based on a Mod Rock mount, to go onto one of my soft hills. The top picture shows the hill in its bare state. The two lower pictures show the trees in position on the Mod Rock mount from different angles. The leaf litter under the trees is made with tea, from a tea bag, with some small twigs and rocks. I used two different types of clump foliage on the trees to give the look of different types of trees in the wood.

I did this piece as a test of the idea of using Mod Rock as a method of basing additional items of terrain to go onto pre-existing terrain items. Its worked out well and it expands the number of scenarios that I can use my different hill for.