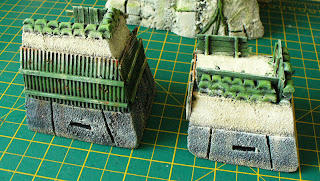 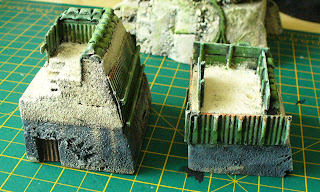 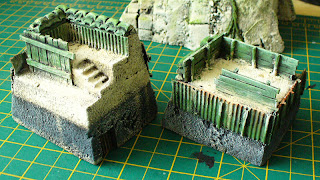 Bunker action at Fire Base Buddha. Picture showing two of the corner bunkers nearly finished. The one on the left is one of the double height ones, with the firing platform built up. The base bunkers are intended to represent pre-cast sectional concrete bunkers. Not sure if these were ever used in Vietnam or if they even ever existed. But they work for me.

Next up, jungling up Mr Buddha some more, and painting the blast walls and sorting the base board out.

Airhead
Posted by airhead at 22:01

They work for me, too. Looking forward to seeing the end product.