Battle in a box 4 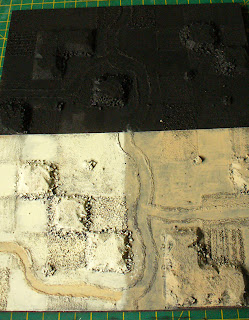 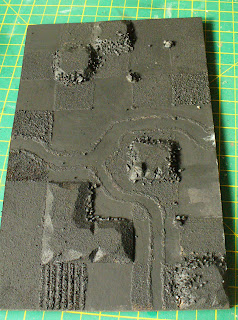 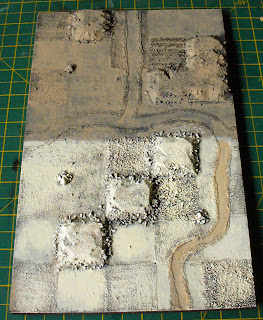 I've painted the two boards with a base coat of black paint, then dry brushed over with my normal terrain colours, using the mid tone to pick put the road network. The 30mm square network of fields can be made out in the photograph above. The next stage after finishing the painting will be to add the vegetation.

As for the troops I've decided to base the two armies on the French & Austrians from the Franco Austrian war/Second Italian War of Independence The driving decider on these forces was the colours of the uniforms, the French in their red hats and trousers and dark blue jackets contrasting nicely with the Austrians white coats and sky blue trousers. Being fought in 1859 the war is also the right side of the 19th century to fit with Bobs rules.

Airhead
Posted by airhead at 12:28

Labels:building Battle in a box