I’m currently working on a medieval Lion Rampant project in tandem with my War of the Roses set of armies. So to give the opposing army’s something to fight over I decided to build a fairly generic village of about half a dozen buildings which will work over as wide a historical time period as I can get away with.

I wanted to include a church among the village buildings, and all the buildings will be thatched. In the past I’ve used towelling to create thatched roofing in 15mm scale, so will do the same again.

The big idea this time is egg boxes! For the life of me I can’t remember where I fist saw this idea. I saw someone using egg box pulp board to create flag stones. An idea which I’ve used in my south European 28mm village. This time I’m going to use the egg box card to clad all the buildings to give the rough appearance of wattle and daube walls once painted and with a bit of dry brushing it should work well. 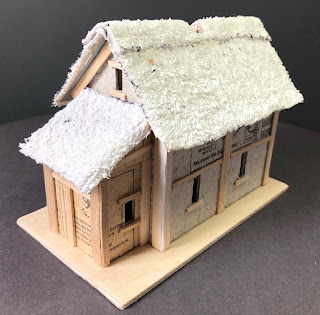 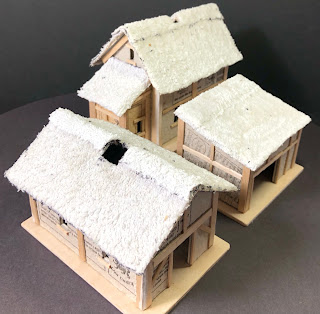 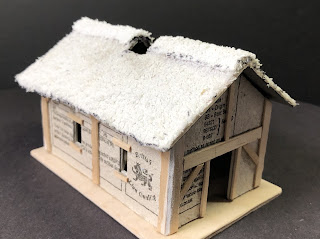 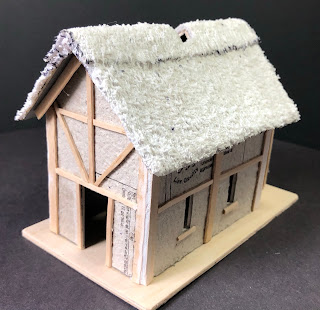 All the woodwork was made using the classic coffee sticks, the buildings are all based on 2mm plywood, as used in dolls house construction. The basic building shape was made out of card first, then clad in egg box pulp board with the rough side facing out. Next onto the painting.
Until then stay safe TTFN Airhead.