The finished small village church/chapel, made from poly board with the outer covering of card mostly removed and the exposed foam scribed with lines to create the exposed stone walls. 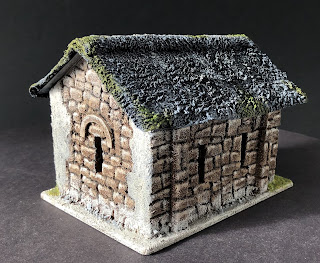 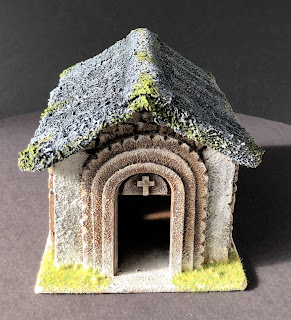 The doorway was given some more details to the stone work with a cross above the door. This end of the building was also given some remaining render/plaster, which was give a coating of PVA glue and sharp sand texture. 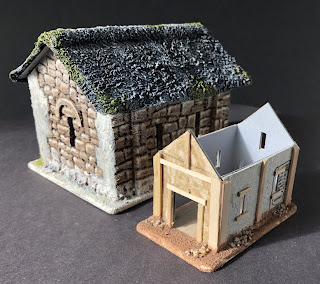 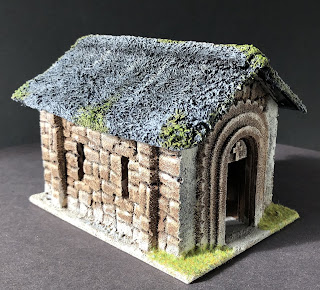 I added two stone buttresses to each side of the church with two narrow slit windows inside of them. I gave the base of the building a good amount of rough rubble scattered at the bottom of the walls to represent the plaster fallen from the walls. Shown next to the church second picture above is a WIP of one of the smaller peasant dwellings. Next up might be some 15mm WSS figures which have finally got some paint on them after only 20+ years on the to paint shelf.
Stay safe, TTFN Airhead.