Its a small world 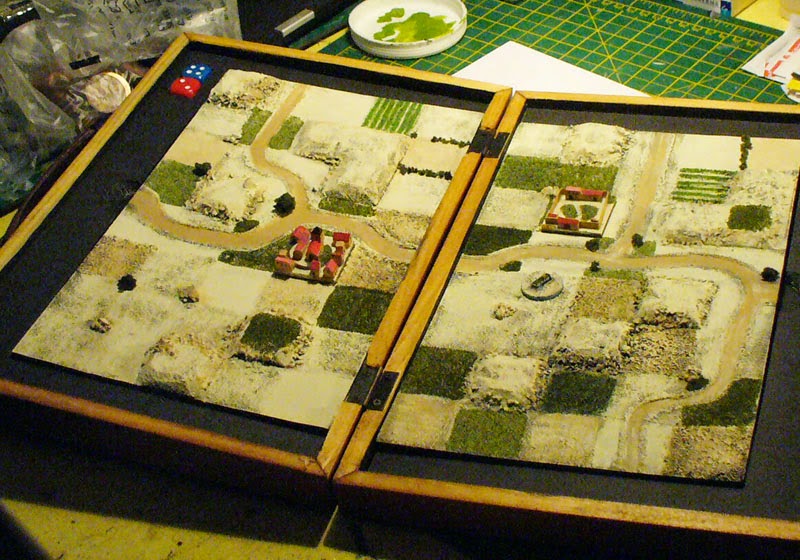 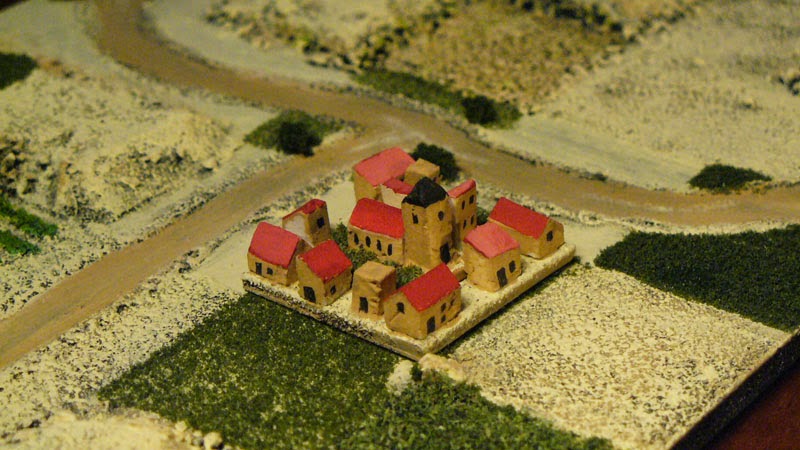 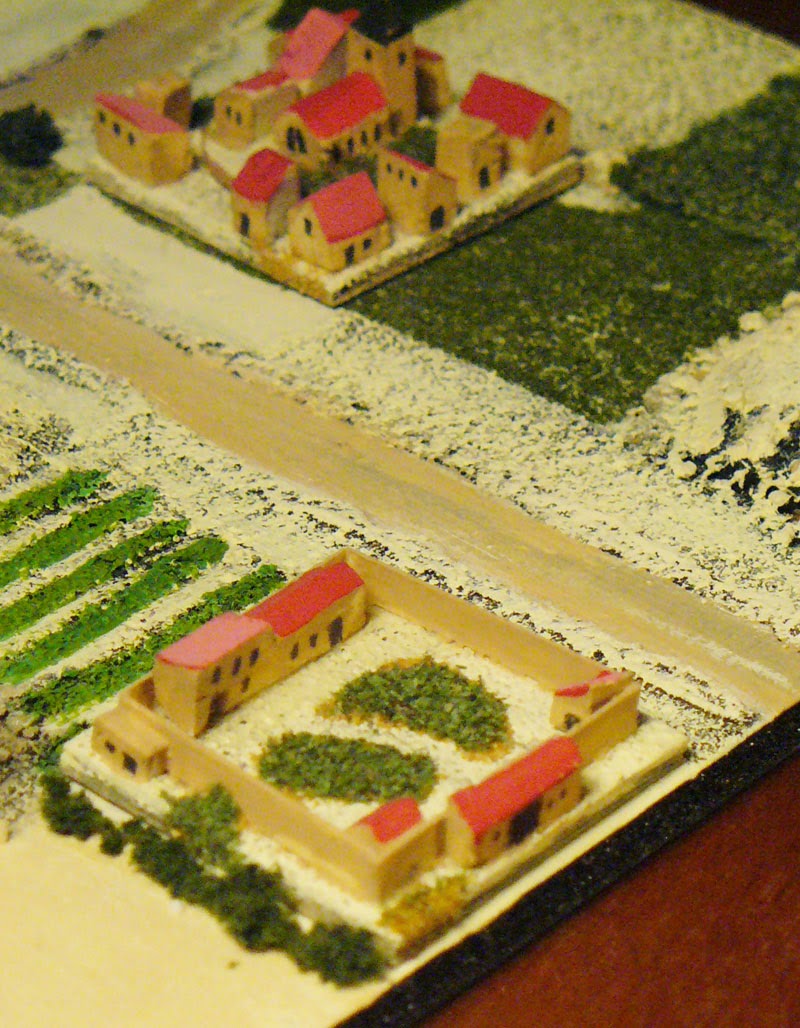 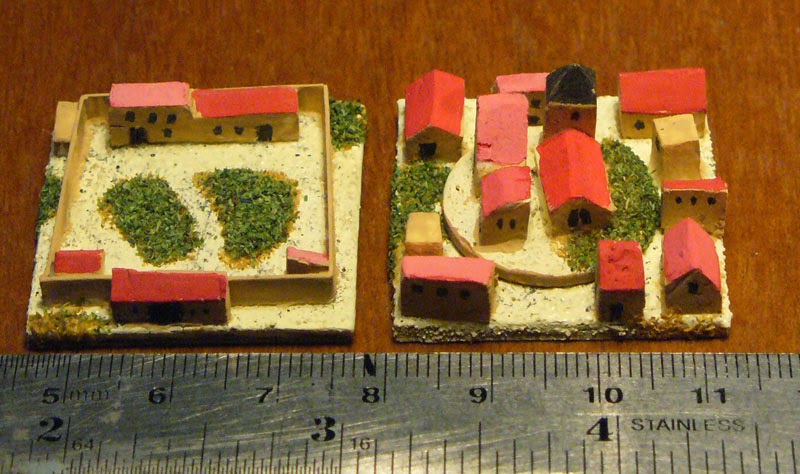 More progress on my 2mm battle in a box project, I've moved onto producing some built up area for the forces to fight over. The village and the walled farm are built on 30mm square art board, as shown in the bottom two pictures, to match the 30mm terrain squares on the boards. The bottom picture also shows how the center of the village with the church on can be removed so an infantry unit can be placed in the centre of the village, the buildings are made from high density foam. Carved using a sharp craft knife.

I've also bought another art box to be cannibalized into use as a battle in a box Mk2. Pictures to follow. It was only £9.99 from The Works. Bigger and more impressive than Mk1, I think some high hills might be on the agenda for MK2.

What a wonderful result. I've loved this project - a really brilliant idea, and executed with great skill. Awesome work, Airhead!